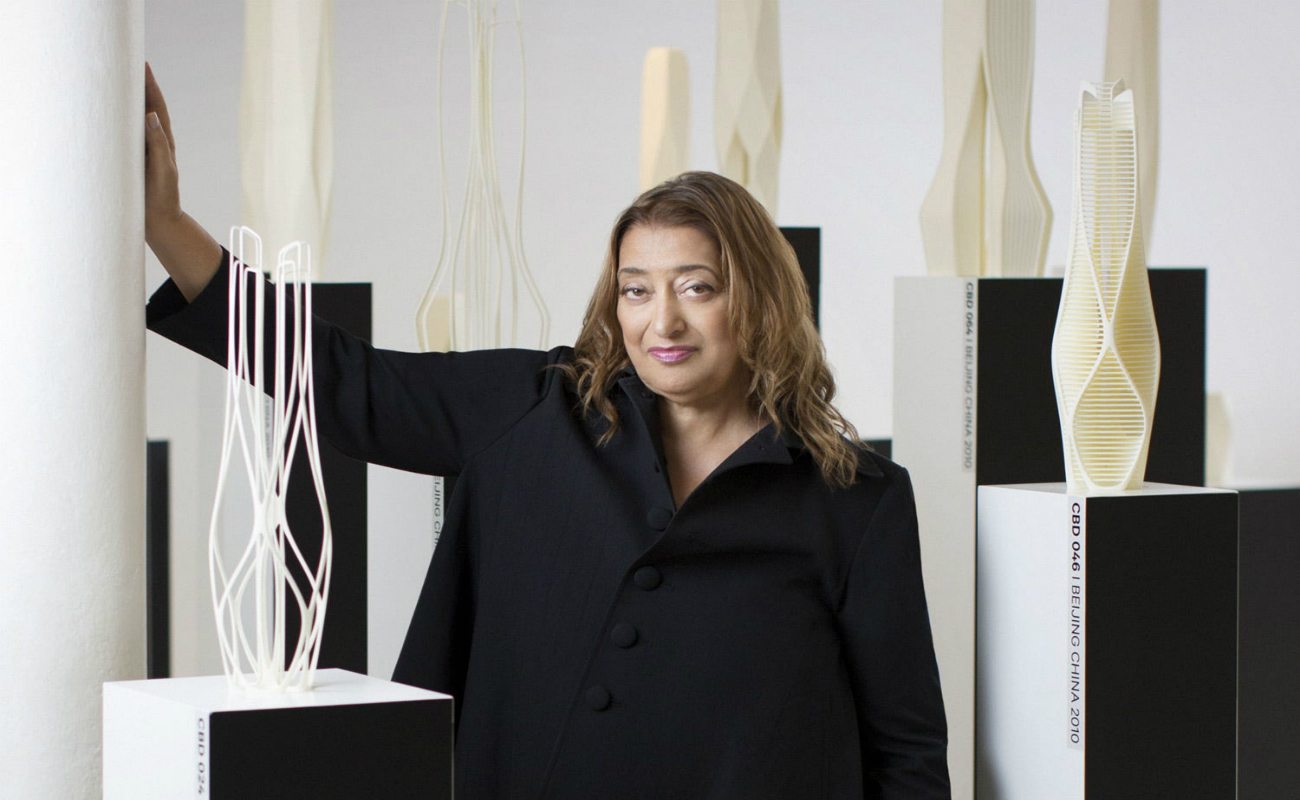 One of the best product designers and modern architects that the world knew was Zaha Hadid. She was born in Baghdad in 1950, educated in England and Beirut and studied Architecture at London’s Architectural Association. As a reference in the contemporary design world, One Hundred Edition brings to you some of the most creative artworks made by Zaha Hadid.

“Art used to be re-presentation rather than creation. Abstraction opened the possibility of unfettered invention.” (2004)

She established her practice in 1989 with Zaha Hadid Architects (ZHA), an avant-garde project that works to operate on the fringes of convention and to build ways of alternative culture, with the ambition to build was never be absent.

Her antagonistic geometric designs are characterized by a sense of fragmentation, instability, and movement. Recognized as Dame, Zaha Hadid was a pioneering architect and top product designer who rethought the way buildings and products are shaped with no straight lines and modern design details.

Her vision redefined architecture and unique design for the 21st century and captured imaginations across the globe. With her radical and abstract designs, Zaha Hadid earned critical praise, ignited controversies, and earned her a place as one of today’s leading top architects and best product designers.